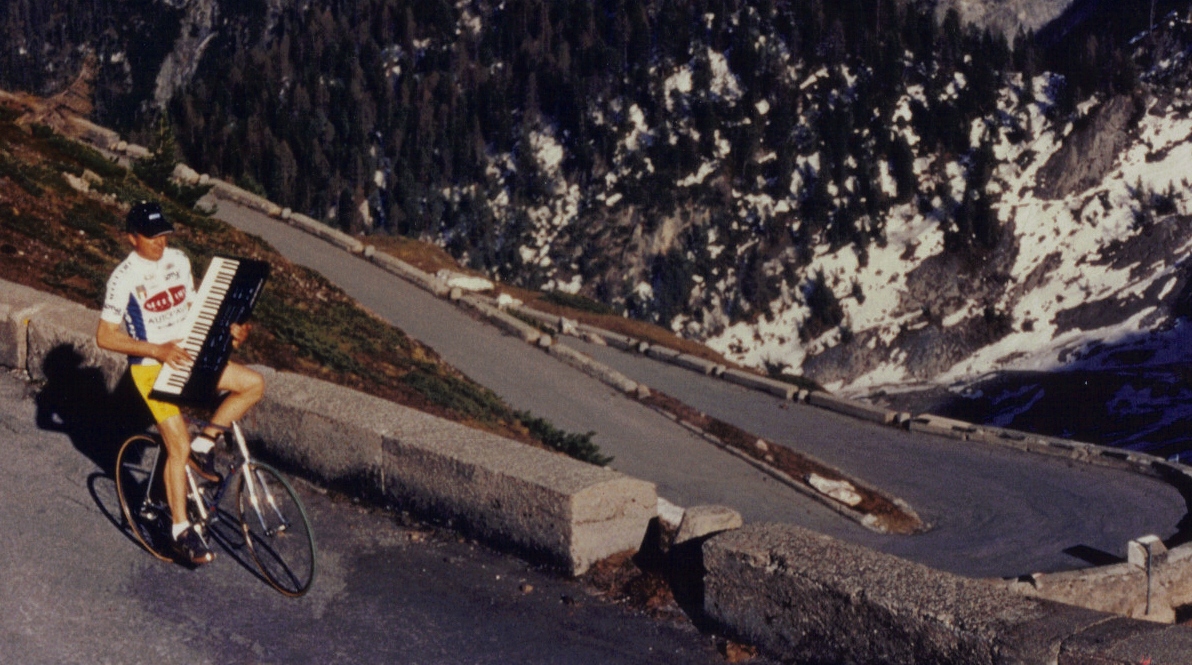 48 Hairpin Bends by Night is the story of Giuliano Calore and one of his final attempts to become part of the history of cycling.

Giuliano Calore, born in Padova (north-east Italy) in 1938, is a living legend of extreme cycling. Some of his extraordinary exploits are now to be found in the Guinness Book of World Records, and led him to receive the coveted honour of King of Records in his field.

The film documents the 77-year-olds surprise decision to achieve one last record: he wants to exploit the twists and turns of the legendary Monte Stelvio Pass, the scenic location of some of his previous astounding demonstrations of equilibrium, tenacity and inexhaustible strength, and also where some of the most famous moments in the history of cycling have taken place.

This is his most impressive challenge so far: descending from the Stelvio Pass – at an altitude of 2758 m – at night, with all of its 48 hairpin turns, on a bike with no handlebars or brakes, illuminated only by a torch and moonlight.

48 Tornanti di Notte tells the incredible story of this extraordinary character, with a boundless passion for cycling and a free, unconventional lifestyle.