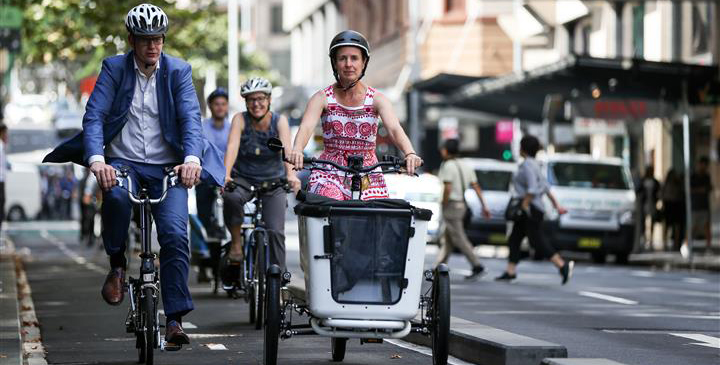 Winners of the 15th national Cycling Luminaries Awards have been announced at a Gala dinner held as part of the 2018 Australian Bicycle Summit in Melbourne on 14th and 15th May.

The summit, organised by We Ride Australia, brought together Australian bicycle sector organisations with industry and corporate leaders and government decisionmakers to engage on the impact of new technology, autonomous and electric mobility and future strategies for bicycling.

The 2019 awards were announced with Summit Principal Partner, the Transport Accident Commission, represented by CEO Joe Calafiore at the Gala Awards Dinner held at Marvel Stadium.

The awards ceremony was held in presence of invited VIPs and guests from across Australia. The awards winners were:

The finalists were selected from a pool of nominations from across Australia that included the people, places and programs that are making Australia a better place to ride a bicycle.

Notably all finalists in the Leadership category were women, and Government programs and a new housing development led the way in the other award categories.

Winner: Fiona Campbell
Fiona Campbell is leading the City of Sydney’s vision to build a city for bikes. Under her leadership, the City has established regular cycling education for adults and children, an innovative Share The Path program that has been replicated around the world, guided rides and the highly successful annual Sydney Rides Festival.

Fiona has a reputation nationally and beyond as an inspirational leader in major city cycling policy and delivery. Known for her strong evidence-based approach to boosting cycling in the City of Sydney, she is living her dream to make Sydney a better place for bikes.

The Official Sponsor of the 2019 Cycling Luminaries Award for Leadership was Michelin by Bikecorp.

The ACT Government’s approach is comprehensive, and has been driven across government portfolios to engage with the community and school children in particular. This all of Government approach gives the ACT a great chance to change the game for cycling in the ACT.

The Official Sponsor of the 2019 Cycling Luminaries Award for Bike Culture was the Ride to Work Scheme, powered by Swisse.

Winner: Aura Stockland
The approach to the planning and delivery of cycle infrastructure at Aura is unique and has set a new benchmark for large-scale masterplanned communities. Their partnership with state and local government, planning and commitment to two-way veloways connecting with surrounding communities and delivery of programs has resulted in their selection as a finalist.

The Official Sponsor of the 2018 Cycling Luminaries Award for Built Environment was Giant Bicycles.